Someday I’ll get to Junction City, Kansas, where Alice Edwards came of age during the early twentieth century. She had six brothers and sisters, and her daddy went back and forth to Ohio where he’d spent his youth and had another large family with a woman who was not his wife.

When Alice died at the age of 95 in 1993, her daughter said, “It was a long journey for a little girl from a wheat field in Kansas to an old woman in Maine.”

Author of 23 children’s books about nature, Alice once described her goal as a writer: “To combine a sense of wonder, beauty and appreciation of the world around us without in any way sacrificing scientific accuracy.”

Junction City is located in the Flint Hills, which run longitudinally through central Kansas. Nearly 10,000 square miles, it is the largest area of tallgrass prairie left in the world. The undulating landscape, cast in green and gold, is breathtakingly beautiful.

I know that because I’ve been there, although not to Alice’s hometown.

The days of Junction City started in 1858. The town flourished on the banks of the Kaw River in the shadow of Ft. Riley, which brimmed with Indian killers led by George Armstrong Custer. During the Civil War, Ft. Riley was a defensive post and prison for Confederate soldiers, but fell into disuse for many years after.

Wild Bill Hickok came to Junction City in 1871, stayed at the Empire Hotel, shot wild birds and restored order at the request of the city marshal. After the outlaws left, everyone went back to farming, lumbering and working in the grain mills and sawmills.

Alice’s father John was a farmer. He must have had a terrible time during the 1870s when drought and grasshoppers wrecked the crops and betrayed the promise of the land. Around that time, many Plains farmers switched from corn to wheat, which proved to be less vulnerable to the plagues.

Alice finished at the top of her high school class. I wasn’t surprised to find she was a debate star. The Kansas high schools have long produced competitive, talented debaters. In fact, the Kansas High School Debating League was established in 1910, just before Alice entered Junction City High School.

The League sounds awfully dry and bureaucratic. But that was not the case!

The brainchild of Kansas native Richard Rees Price, who had gone off to Harvard for a master’s degree and returned full of verve, the League was part of the University of Kansas Extension Division over which Price presided. It embodied ambitious, progressive ideas about education, which usually is cause for excitement.

Richard Price and KU chancellor Frank Strong took a page from the University of Wisconsin, whose president enunciated the “Wisconsin Idea” in 1904: the boundaries of the university should be one and the same as the borders of the state. It was more than an idea, of course; really a plan to educate all citizens about government, society, and the big issues that wracked the world.

Through KU’s Extension Division, any resident of Kansas – even in the smallest town, which probably lacked a public library – could borrow magazines, books, and digests to better understand the federal income tax, immigration restrictions, government ownership of the railways and so forth.

Needless to say, the flow of information was a boon to debaters like Alice and her champion teams.

Like most American high schools, those in Kansas offered several curricula: commercial, vocational, college preparatory, and normal (teaching). In 1915, Alice received a combined degree in the latter two.

Although members of the Edwards clan had not previously attended college, Alice unquestionably would. She went off to the University of Kansas, established in 1865 on Mount Oread, a treeless ridge in Lawrence about 100 miles west of Junction City. After college she taught in a one-room schoolhouse on the prairie.

Alice married her first husband in Kansas in 1918. He was her ticket out of town. Wayne G. Martin, Jr. worked for the Miller Publishing Company, which owned newspapers nationwide. The couple moved east during the 1920s and lived in a suburb of New York City. They divorced in 1945.

Soon after, Alice married Earl Goudey, a science teacher in the local public school. She started writing books for children, including the “Here Come” nature series about deer, bears, bees, beavers, dolphins and other animals. Two of her books were runners-up for the Caldecott Medal.

It was a long way from Junction City but a journey that had to be taken. Go west or east but go somewhere. Since the turn of the twentieth century, the farm had grown less and less attractive to young people.

In 1909 President Theodore Roosevelt appointed a Commission on Country Life to study the social problems of rural America and figure out how to make agriculture a more appealing profession. But the tide kept turning.

“I’m not sure what I’ll do, but – well, I want to go places and see people. I want my mind to grow. I want to live where things happen on a big scale.”

So spoke a young woman to her small-town suitor in “The Ice Palace,” a 1920 story by F. Scott Fitzgerald. 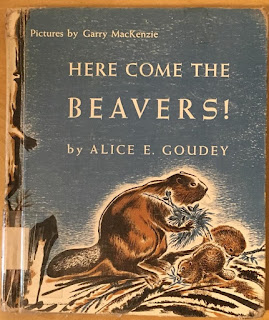 Return of the Mergansers 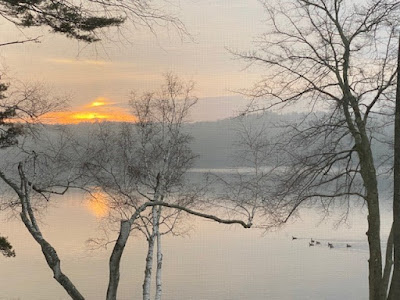 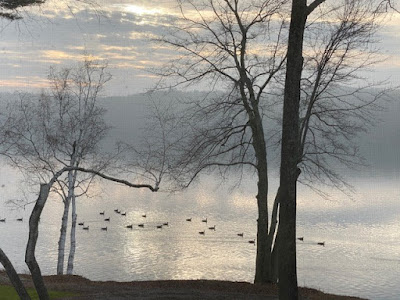