Gotta Get to the Fair

There was a young man named James Buchanan, born in the year 1888 when a monumental March blizzard dumped as much as 55 inches of snow up and down the East Coast. More than 400 deaths were reported.

The storm would be a turning point for cities, in particular. Telegraph, telephone, and electrical wires collapsed under ice, snow, and heavy winds. Cable cars, not to mention carriages pulled by horses, were stopped in their tracks. Everything ground to a halt.

Clearly, the utilities and transportation that enabled urban society to prosper would have to be modernized, and no better time than the late nineteenth century.

American ingenuity had been brilliantly showcased in 1876 at the Centennial International Exposition in Philadelphia: the typewriter, sewing machine, mechanical calculator, and Corliss steam engine. During the coming decades, as the pace of daily life accelerated, a steady stream of new devices would promote convenience and efficiency.

The need for innovation was not restricted to industry. A demand for information also drove invention, the natural outcome of America’s growing literacy rate and the proliferation of newspapers and magazines during the decades following the Civil War.

Poole’s Index, the first major index to periodical literature, had made its debut in 1882. The idea of William Frederick Poole, chief librarian at the Newberry Library in Chicago, who hatched it while still a student at Yale, the index would become a project of the American Library Association. Poole and William I. Fletcher, librarian of Amherst College, produced six volumes, the last in 1908.

At that point, Poole’s Index morphed into the Readers Guide to Periodical Literature (published by the H.W. Wilson Company to this day). The books were large and heavy. Like Poole’s, they were used in libraries by the reading public.

To better serve business, an Ohioan named Frank Burrelle established a clipping bureau in New York City in 1888. It is said that he came up with the idea after overhearing two businessmen -- possibly in a saloon -- discuss the need to collect news stories about their own companies.* The great success of Burrelle’s Press Clipping Bureau would have been impossible without Frank’s partner, his wife Nellie.

That brings us back to James Buchanan, who worked as an office boy at Burrelle’s for three weeks during the summer of 1904.

The son of Scottish immigrants, fifteen-year-old James lived in Brooklyn with his father, Robert, a boiler master, and his mother, Elizabeth. He was one of eleven siblings, evidently the only Buchanan child who dropped out of school and started running around town when he was ten years old.  Sometimes he would disappear for weeks, his mother told a newspaper reporter for the Brooklyn Daily Eagle.

“He has given us a good deal of trouble,” she said. “James is the only wild one.”

What precipitated the publicity, in August 1904, is that James stole $65 from Burrelle’s. The manager of the bureau, an amateur historian named Charles Hemstreet, had asked James to go to the bank to change large bills to small bills.

James did not return. Instead, he headed west. He had been talking about the Louisiana Purchase Exposition – the St. Louis World’s Fair – since it opened in April, Mrs. Buchanan said. Hemstreet agreed that James had an “intense desire” to visit the Fair. 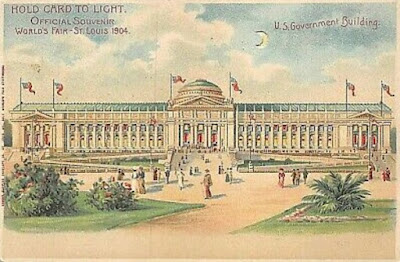 Who could blame him? I can see him rocking in his seat on the Ferris wheel, 265 feet in the air, leaning over the side to take in the Textiles, Electricity-Machinery, and Transportation Buildings, the Lagoon, the Crystal Palace Tower, Observatory and Wireless Telegraph Station, the Palace of the Arts . . .

Surely James had a great time in St. Louis. By September, when the fair closed, he had presumably wended his way back east, where he would settle down and marry and become, at various points, a clerk, a bookkeeper, and the assistant superintendent of a plumbing supply house.

There’s one odd aspect of James’s story: the discrepancy between his mother’s description of her son and that of Charles Hemstreet, who considered James to be a “model boy.” The New York Times reported:

The press-clipping bureau people thought the boy a jewel. He parted his hair daily, spoke in a soft voice, was never heard to use bad language, had a neatly folded, clean handkerchief every morning, and never shirked his work except to read a New Testament that he always carried with him.

On his second day at the clipping bureau he astonished manager Charles Hemstreet by asking to be allowed to attend his Bible class. The manager was so astonished that he complied. The boy even got the manager so interested that he tried to help him in his studies, but found the boy almost as proficient as he was.

So, which was it? Can the wild one also be a student of the Bible who parts his hair daily? 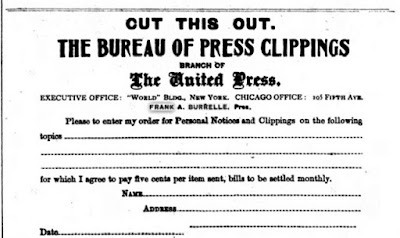