The Turkey-work chair sat in the parlor of a house that overlooked the Connecticut River. In the winter when the river froze, the boy who grew up in the house with the chair liked to skate back and forth under the bridges.

His name was Henry. He knew by heart the cotton mills and iron foundries that hummed and clanged along the riverbank.

After the Civil War, the town of West Springfield, Mass. would become even more industrialized, but when Henry bustled through the front door of his home, red-cheeked and dangling his skates, he returned to an earlier century.


Perhaps he cast an eye toward the chair in the corner. His father and mother were protective of it, so they kept it out of the way.

The chair once belonged to Roger Williams, founder of the Rhode Island Colony and champion of religious freedom. Built around 1670, it had been passed down through several generations who didn’t have to apply for membership in the Daughters or Sons of the American Revolution. They were originals.

The boy’s father, also named Henry, was a dour bookbinder born in Hartford in 1831. He lived modestly with his second wife, Henrietta, and their son. The cupboards were filled with creamware and lusterware and the floors covered with hand-hooked rugs. Nobody thought of these things as antiques; they were just old family possessions with sentimental value.

In his youth, the bookbinder caused his widowed mother plenty of headaches. He periodically disappeared and reappeared to announce he was heading to Pike’s Peak to strike gold or to New York City to try his hand at a new profession which he hadn’t yet determined.

His mother believed that the devil’s workshop lay immediately beyond the borders of New England, and she was pleased when her son met and married Therese in 1853 and settled in West Springfield, where he started in the bookmaking field as an edge-gilder.

Turkey-work chairs got their name from the upholstery used on the back and seat, a wool fabric loomed in England to resemble Turkish carpets.

The Roger Williams chair, carved from maple and oak, was stuffed with marsh-grass and covered with sackcloth. The floral upholstery had been attached with wrought-iron tacks.

Eventually, the boy who liked to skate on the Connecticut River grew up and married, and he and his wife moved next door to his parents in 1890. (The arrangement did not please the young man’s elegant new wife, but she got back at him by fleeing to her family home in Syracuse, N.Y. as often as possible.)

The century turned and the unthinkable occurred—a world war. A few years after the 1918 Armistice, Henrietta died.

One day Henry received a letter from the president of the Rhode Island Historical Society, asking if he would consider donating Roger Williams’ Turkey-work chair to its collection.

Henry agreed that the gift made sense. He did not realize that the letter was a ploy. The man behind the request, a sneaky antiques dealer named Charles Woolsey Lyon, absconded with the chair to his shop in Manhattan and sold it in 1923.


Henry, who died in 1925 at the age of ninety-four, probably did not know what became of the chair. In hindsight, the theft may have been a mixed blessing because the purchaser, Mrs. J. Insley Blair, ultimately bequeathed the chair to the Metropolitan Museum of Art, where it lives today.

Otherwise, who knows? The Turkey-work chair might have languished in West Springfield, lost in a fire or discarded by a descendant who did not understand its worth.

Natalie Blair, married to an heir to one of America’s first million-dollar fortunes, developed a passion for Early American antiques during the 1920s.

The Blairs lived in a 65-room mansion in Tuxedo Park, N.Y., an exclusive village in the lower Hudson River Valley, designed by the renowned architectural firm Carrere and Hastings. Natalie filled the large attic rooms with furniture and art organized by historical period.


She began lending pieces to the Metropolitan Museum when the American Wing was established in 1924. Bequests followed her death in 1951, at which time Roger Williams’ chair found its permanent home.

Thirty short blocks and one long one from the antique shop of Charles Woolsey Lyon, a man whose sterling reputation hid at least one incident of deceit.

And far from the house on the Connecticut River where the boy and his parents inhabited four centuries. 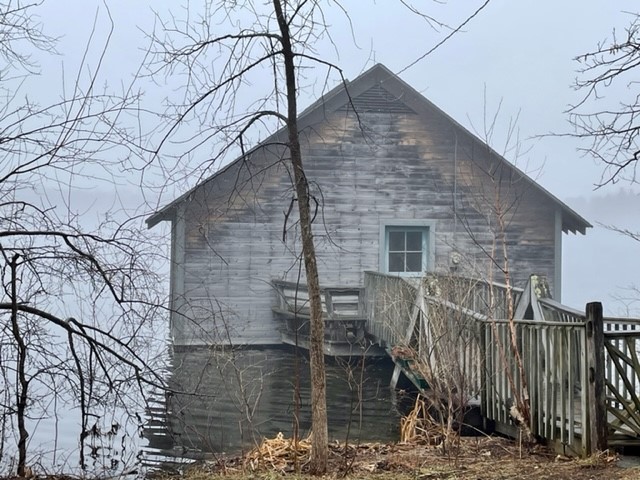