My mother told me that it wasn’t fair to other children to withdraw the same two library books again and again.  Since I couldn’t kick the habit, they were finally given to me as a birthday present.

The Diamond in the Window was published in 1962 and The Swing in the Summerhouse in 1967.  I discovered them in 1970.  Across five decades, I can easily recall entire paragraphs; descriptions, dialogue, and detailed drawings.

The author, Jane Langton, had studied astronomy at Wellesley and the University of Michigan, and held a master’s degree in art history.  She lived in Lincoln, Mass., with her husband and three sons, according to the dust jacket. 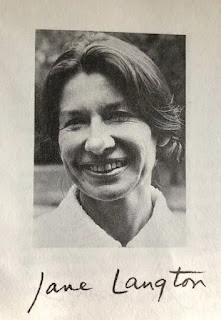 Her books evoked the way that kids can’t wait to grow up, their impatience with unreasonable adults, the pain of unrequited crushes, and the desire to be popular.  But she stayed away from the trite formulas of adolescent fiction.

Instead, Langton wrote beautiful sentences that captured time and place and the feelings that went with them:  Eleanor suddenly felt overcome by the melancholy of the late summer day and the dusty untidy woods.

Ingeniously, she wove those feelings together with grand ideas about love, truth, good and evil.  The books contained these and many similar quotations:


As The Diamond in the Window opens, young Edward and Eleanor Hall are living in a dilapidated Victorian house in Concord, Mass., with their Aunt Lily and Uncle Freddy.  The children’s parents died years earlier in a car accident.  Aunt Lily is scrambling to make money to pay off the mortgage.  Uncle Freddy, once a world renowned scholar of Emerson and Thoreau, is now daft and unhelpful.

One day, standing at the edge of a brook in a field across from their house, Eleanor and Edward spot a keyhole window that they’ve never noticed before.  When they finally locate it, in a secret room at the very top of the house, they are shocked to find twin beds, children’s toys, and a poem that has been etched into the window with a large piece of glass which now forms its centerpiece.

The children demand answers, so Aunt Lily sits down with them on a faded velvet sofa and opens an old photograph album.  She sighs and tells them about their “Aunt Nora” and “Uncle Ned,” Lily’s youngest siblings; lost children who once slept in the attic room.

Then she tells them about Prince Krishna, a royal but humble man, who came from India to Concord to study with then-brilliant Uncle Freddy.  From the way Aunt Lily tells the story, it is clear that she and Krishna were in love.

Krishna loved Ned and Nora, too, and he created a series of dream adventures for them on which they embarked each night.  The dreams took shape as a hunt for treasures that ranged from diamonds and pearls to a beloved, if neglected, rag doll.  The poem etched on the window, cryptic and full of philosophical references, contained clues.

Life went along happily until suddenly, one night, the children disappeared.  A nationwide hunt ensued, but they could not be found.  Eventually Prince Krishna disappeared, too.  Still, as the money dwindled and Uncle Freddy deteriorated, Aunt Lily held out hope that Krishna and the children would someday reappear.

The Diamond in the Window and The Swing in the Summerhouse belong to a literary genre called “magical realism,” which blends realistic narrative elements with magic and fantasy.  As Eleanor and Edward set forth after Ned and Nora, and Aunt Lily schemes to save the house while Uncle Freddy blithely decides to move into a hollow tree in the front yard, the ordinary meets the extraordinary.

That is because the books are infused with Transcendentalism, a philosophy embraced by Emerson, Thoreau and other New England intellectuals.  Transcendental is defined as “beyond ordinary experience, thought or belief.”  The Transcendentalists sought to understand themselves through the Oversoul, a force that connects all living things.

Connectivity between humans and nature echoes through Langton’s writing.

Several years ago I emailed the author, just to tell her how much I loved her books.  She was then about 90 years old, and replied that she was working on a picture book about Charles Darwin and earthworms.

Evidently the worms fascinated Darwin.  He could not bear to dissect them, but conducted hundreds of experiments testing their intelligence, orderliness, sensitivity to noise, and food preferences. 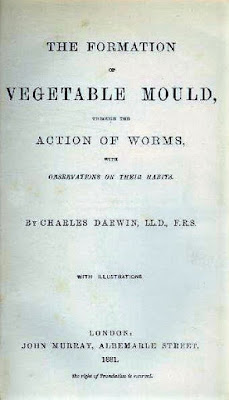 “His experiments with worms will be a chance for someone, perhaps me, to draw lots of wriggly pictures,” Langton explained.

I must have told her about living in different parts of the country and having recently made the leap to Atlanta after three years in rural Virginia.

“Good for getting out of Virginia,” she wrote.  “I escaped from Delaware.  I guess we all have to bust out of some sort of cocoon.”