Billy Burgundy’s Letters, published in 1902, is one of Oliver Victor Limerick’s several rude books that ridicule high society, Wall Street, and affairs of the heart.

In the first chapter, “Jilted,” Burgundy writes about his ex-fiancée, Sylvia Heartburn:

A girl can fool a whole detective agency if she takes a notion. Just to prove what I say, Gertrude Hatpin told me last night that old man Heartburn was a janitor until he struck oil in Pennsylvania, and that the family history that I loved and respected was bought from a Fulton Street family tree fakir.

"Fulton Street family tree fakir"! I must investigate. Along the way, I might find out why a man named Oliver Victor Limerick would assume such a pedestrian penname as Billy Burgundy.

There are a few definitions of fakir: a Hindu or Muslim mendicant; a Hindu or Muslim man who rejects worldly goods. In antebellum America, fakirs were entertainers and necromancers, of various ethnicities, who performed magic and feats like levitation and “Asiatic jugglery.”

The widely-known Fakir of Ava was an illusionist named Isaiah Hughes, born in England, who cashed in on the mania for miracles during the 1840s and 50s, touring the U.S. in make-up and regalia.

After the Civil War, “fakir” came to be used colloquially to describe any con man or trickster. It likely got conflated with “faker.” Down on Fulton Street in New York City, a fakir was any peddler who sold cheap wind-up toys, Japanese dolls, all imaginable tzatchkes, and—according to Oliver Limerick—faux family trees.

Fakirs also harassed tourists “to bunco the hayseed,” according to one observer.

They bring in fluffy little puppy dogs, that look pretty in babyhood, but may be guaranteed to grow up into the toughest looking mongrels imaginable. They offer cheap cologne, that is labeled all right, but proves to be water when it is uncorked.

Sometimes, the fakirs ventured north toward Union Square, but the police chased them back to Fulton Street where they continued to attract crowds and the occasional reporter, this one in 1898:

Busy Times, These, Down Along Fulton Street 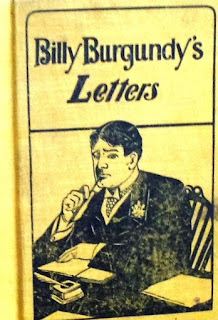 No one called Oliver Limerick a “fakir,” but he had the whiff of the unsavory about him.

Born in the bustling river port of Rodney, Mississippi, in 1873, son of a pharmacist, Limerick made his way to the Johns Hopkins University School of Medicine and graduated in 1893. Then he moved to New York City and secured an appointment at the Brooklyn Diagnostic Institute. From that perch, he announced a cure for asthma and hay fever: Asatco, a new Austrian drug, which was available in free samples by mail.

Before long, Limerick got caught up in a blackmail scheme involving the Frazer Tablet Triturate Manufacturing Company and the Cincinnati Health Department. Limerick was said to be the middle man between the city’s health officer and the company, demanding $10,000 or he would publicly “pronounce the tablets impure.”

In 1897, sentenced to two years in a state penitentiary, Limerick asked for a second trial and was granted one. I don’t know if he got off.

But lo, Limerick reappears in 1901 with a book, Toothsome Tales Told in Slang by Billy Burgundy. One critic described it as “weak, vulgar and insane.” That may have been the case. Either way, Limerick was imitating a popular series of pamphlets, Billy Baxter’s Letters, that reportedly sold four million copies.

During the late nineteenth century, a market developed for literature that featured “slang,” irreverent sendups of men and women’s foibles using a derogatory street vocabulary and self-deprecating style.

The first perpetrator, George Ade, a Chicago newspaperman and playwright, wrote a syndicated column, “Stories of the Street and of the Town,” for the Chicago Record. Some consider Ade to have been the forerunner of Mike Royko, whose man-on-the-street columns appeared in the Chicago Sun-Times, Chicago Tribune, and Chicago Daily News across thirty years.

A Democratic congressman, Edward W. Townsend, became famous for his “Chimmie Fadden” stories about the Bowery Boys, also heavy on “slang.” Two were made into films directed by Cecil B. DeMille.

Then along came William J. Kountz, Jr., whose Billy Baxter character “coined his slang and filled his little books with new phrases which gave unspeakable delight to people who are close students of English as it is twisted in this country,” according to Kountz’s obituary. He died in 1899 at age thirty-one.

When he wasn’t railing against “tobacco-phobes” who didn’t agree that smoking was a healthy pursuit, Limerick kept on publishing stories about Billy Burgundy. He fell in with a bunch of rowdy artists and writers who caroused all around town and never, ever shed their cynicism about women.

The doctor-cum-author died in 1926 and was returned to Rodney, now a ghost town ever farther away from the big bad city where Limerick left Billy Burgundy behind.