Jane looks out steadily, as if you hadn’t just surprised her by opening the case. She’s trapped in a daguerreotype, surrounded by a decorative brass mat. No rings yet adorn her fat fingers. It is 1860 and she is wearing a complicated day dress with ridiculous plaid puffs along the sleeves and a shawl and drooping headdress.

A scrap of paper is stuck to the velvet; faint message from the past:

PJ Bumblebee the hardest customer in Rochester City. He came to Oswego to ask consent. His courage failed. He finally concluded he would not marry at all.

Now it’s clear – she is waiting for the Bumblebee.

PJ finally gets courage and she accepts. They move to Syracuse where he starts in men’s furnishings. He builds a fabulous shop with counter cases made of French plate glass and walnut. He employs tailors who work all night sewing Continental style suits. The business grows and PJ becomes a wealthy man.

They didn’t come in a rush; 1864, 1870, 1877. PJ and Jane made sure that their daughters rose to the top of Syracuse society. There was a lot of money. The city’s economy flourished with the salt industry, banking, diverse manufacturing, and Syracuse’s development as a railroad center.

No wonder that Neeltje (known as Nellie), who married Henry Elmer of West Springfield, Mass., in 1890, brought her son and daughter to Syracuse for such protracted visits.

I just don’t understand how Henry and Nellie met. He hardly ever left his house, let alone West Springfield.

In the meantime, Annabel and Jessie married Syracuse men and continued to enjoy busy lives close by their parents. When PJ died in 1902, he knew they could afford lifetime upper-crust memberships. Their husbands prospered. It helped that they were well-launched by wealthy fathers.

William B. Gere spent his career as the secretary and chief inventor of the Merrell-Soule Company, which developed a modern method for creating a powdered milk called Klim (milk spelled backwards). William B. Gere also led the invention of low-moisture canned mincemeat (“None Such”) and vegetable and soup powders, as well as new types of canning and food packaging. He held numerous patents, including one for pumpkin powder. He died prematurely in 1915. In 1927, Borden acquired Merrell-Soule. 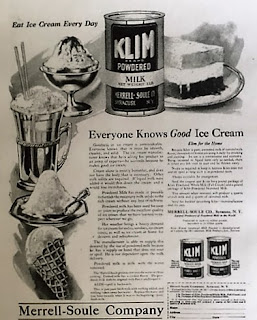 Jessie married a man named Alfred Howlett Durston, Ph.B., Yale, 1899; class president. Son of James Franklin Durston, president of Lefever Arms Company, a Syracuse gun manufacturer best-known for its hammerless shotgun. Alfred worked in the factory and sales, and as secretary and vice president. He received a patent for a gun cleaner in 1902. It looks like Lefever produced automobile gears as a side business for some years. In 1916, the Durstons sold Lefever and reincorporated as the Durston Gear Corporation with Alfred as president, a position he held until his death in 1926. 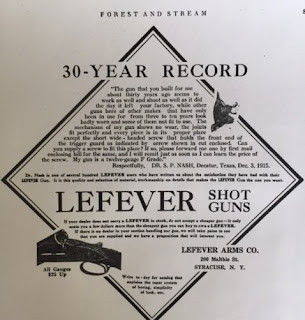 And then there was “poor Nellie,” stuck in tiresome West Springfield with her in-laws living right next door on Main Street. Her husband Henry had attended the public schools and worked at a hardware store, then for Massachusetts Mutual Life Insurance Co. He obviously adored his hometown, serving as school trustee, town selectman, and treasurer of the West Springfield Co-operative Bank.

After Nellie died in 1926, he married Lilian. A schoolteacher, she had been a boarder in the Main Street house for some years. She lost her first fiancé in World War I.

Henry never made a lot of money or held a patent.

His glory days arrived while he served as treasurer of the town of West Springfield.

It’s family lore that The Wall St. Journal cited this achievement in an editorial, but no one has been able to confirm that.