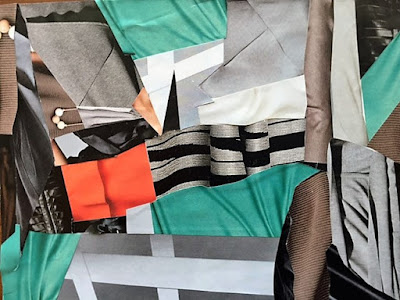 My high school boyfriend emigrated from Brazil to the U.S. around 1960. Crazy in love, I tried to pry that story out of him, looking to make sense of his changeable personality. He didn’t want to share, so I picked up not a single detail about his early life.

Lately, though, the coverage of government corruption and social instability has helped me to imagine the situation from which his family fled. It’s clear that the people of Brazil have never caught a break.

In 1930 after a contested election and military action, Getulio Vargas became president through a junta. This began the Second Republic, marked by nationalism and authoritarianism. But Vargas did institute social welfare programs which is why Brazilians still celebrate the “Father of the Poor.”

Skimming through history, there was a 1937 coup and Vargas’ establishment of the New State (Estado Novo), a political and economic system known as “corporatism” that also found favor with Mussolini. Vargas kept coming back until 1954 when he committed suicide rather than resign.

Violence, terror, and poverty; I guess my ex-boyfriend’s parents had enough by then.

They were very young. I knew that because his mother bore him at the age of 18, possibly earlier. She was a sweet worried lady who hugged me the only time we met. His stepfather, I learned later, harassed him even though he earned excellent grades and didn’t make trouble.

Clearly there was discord in his family, but he never talked about it. Not that family life felt harmonious anywhere in the U.S. during the 1970s.

Looking back now, I think: why should he have shared his Brazilian immigration story with me?

Between 1948 and 1980, many of the kids who went to public school in Mt. Vernon, N.Y., were the grandchildren of Italian, Irish, and Eastern European immigrants.

We didn’t tell our families’ stories to each other. We knew them, all right. They weren’t that far in the past. But why would teenagers, already embarrassed by so much about themselves, draw attention to stuff that would make them feel even more conspicuous?

I wouldn’t have told anyone that my grandfather slept on a park bench in Union Square after he got off the boat at Ellis Island in 1914.

As an adult, however, I've found that some of the best stories that friends share are about the lives of their parents and grandparents. Some are about immigration. Overall, they grant greater understanding and intimacy.

Meanwhile, here I am stuck with a tenacious habit, gravitating toward any and all information about Brazil. After 42 years, still trying to figure out that boy.