Puzzling Out the Klan at Smith College


The women of Smith College, class of 1907, enlisted in all kinds of activities.  Sororities, sports clubs, literary and drama societies . . .

Also that year – just that one year – 17 of them belonged to a campus chapter of the Ku Klux Klan.

The group designed its own yearbook page with an illustration by one of the members, Elizabeth Bishop Ballard.  Like the other women, Elizabeth was born in 1885.  She liked to write poems and had contributed several to the famous children’s monthly, the St. Nicholas Magazine, when she was a little girl.

Located in Northampton, Mass., amidst the Berkshire Mountains, Smith College was founded in 1871 by a young woman named Sophia Smith who had inherited a fortune from her brother.  After much deliberation, she decided to create a women’s college that would have the distinction of not being modeled after a seminary.*

With its faculty of eminent scholars who taught the classics, the Bible, sciences, philosophy, languages, history, and economics, Smith was an unlikely place for the Klan.  Led by a progressive theologian, L. Clark Seelye, the college drew the daughters of privilege from the East Coast, Upper Midwest and Mountain States.  None of the members of Smith’s Klan chapter came from the South.  So what explains the group’s presence?

In the course of American history, the Klan was most active during three periods: during Reconstruction, which ended in 1877; during the 1920s when the organization’s resurgence was largely a reaction to immigration and urbanization; and during the Civil Rights Movement of the 1950s and 60s.

One might argue that the Klan became less active between 1900 and 1918, as reflected in an overarching decline in the number of lynchings of Southern black men during those years.  Any numerical decrease, however, would hardly indicate real change.

That is because Jim Crow – the racial apartheid laws which ensured the disenfranchisement, dehumanization and segregation of Southern blacks – was flourishing.  In the South, daily life remained brutal and fraught with terror for nonwhite citizens.

In the North, racial prejudice was expressed less openly although it permeated daily life.  Many stereotypes originated with the educated white upper class, which popularized the degradation of black people.  Throughout the Progressive Era, books, music, film, and theater ridiculed blacks, on one hand, and romanticized the Old South, on the other.

Mass culture, starting to rear its head during the first decade of the twentieth century, perpetuated racism.

For example, during this time, fashionable reading included a trilogy that sentimentalized the Klan, written by Thomas Dixon, Jr., a North Carolinian novelist.  The third volume, The Traitor, A Story of the Fall of the Invisible Empire, appeared in 1907.  It followed The Leopard’s Spots (1902) and The Clansman: An Historical Romance of the Ku Klux Klan (1905).  The latter would be turned into a popular film, Birth of a Nation, directed by D. W. Griffith.**

Also between 1901 and 1909, President Theodore Roosevelt and his wife arranged White House performances of “coon songs.”  The German diplomat Baron Speck von Sternburg and TR’s Secretary of State, John Hay (once President Lincoln’s private secretary) were among the guests who applauded “You’se Just a Little Nigger, Still Youse Mine, All Mine,” and the like. 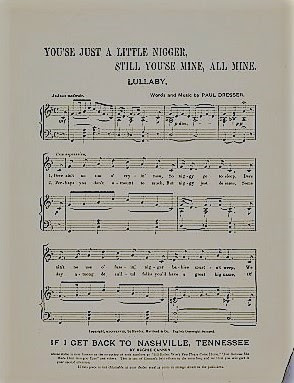 Still, could the lives of the women who joined Smith’s Klan chapter contain clues to its existence on campus?

The group’s president, and probably its founder, was a New Yorker named Millicent Vaughan Lewis.  After graduating from college, she became one of the “Ladies of Grecourt,” the original Smith College Relief Unit that volunteered in the Somme during the summer of 1916.  After returning from Europe, Millicent became active in The Robin’s Nest, a home for convalescing children in suburban New York City.  She died in 1963.

Ethel Mildred Baine and her husband, Charles, ran a cattle ranch in a small Arizona town called Willcox, which was established in 1880 by the Southern Pacific Railroad.

Carmen Crittenden Mabie married an engineer, a graduate of West Point who worked for the Federal Government.  The couple died young in 1928, victims of a car accident on Highway 60 outside Encino, N.M.
Lulu Morley Sanborn married a mining engineer, the president of his class at West Point, who had established himself as a reckless though reliable entrepreneur in Argentina, Colombia, and Ecuador.  He died in Brazil in 1958, but Lulu’s trail is cold.  It’s not even clear whether she moved to Latin America with her husband.

Nothing in particular points to why these women embraced the Klan.  I conclude that the brief existence of this campus organization reflected both frivolity and the type of rationalized prejudice toward black Americans that extended to all minority groups, and persists today.

*Before 1871, all women’s colleges in the U.S. had started as female seminaries.
**In 1915, President Woodrow Wilson screened the film at the White House.
http://www.throughthehourglass.com/
at Wednesday, December 12, 2018