"My world is not your world, O Census-taker" 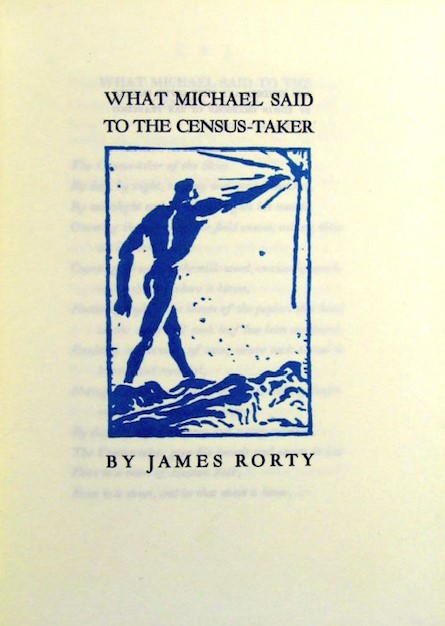 In 1922, the poet James Rorty published “What Michael Said to the Census-Taker.”  The poem is not well-known; just 150 pretty copies were printed by a San Francisco antiquarian named Edwin Grabhorn.

Rorty, who was also an author, editor, and journalist, would become best known for co-founding The New Masses, a leftist magazine associated with the Communist Party of the United States of America.  He also decried Senator Joseph McCarthy and published McCarthy and the Communists, which is thought to have helped diminish the senator’s influence, and other works of social criticism.

The son of Irish immigrants, born in 1890 in the industrial city of Middletown, N.Y., Rorty graduated from Tufts University. He drove an ambulance during World War I and received the Distinguished Service Cross.  Upon his return to the U.S., Rorty worked in advertising before cynicism set in and he turned to writing full-time.

“What Michael Said to the Census-Taker” embodies themes to which Rorty returned throughout his life: pacifism, defiance, justice, and hypocrisy.  It’s an interesting poem and well worth reading, which is why I’m posting it here. 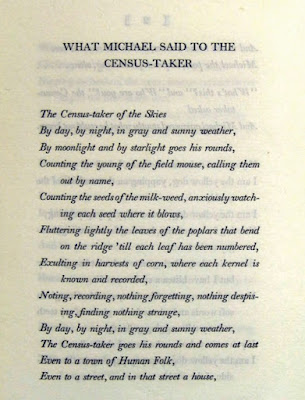 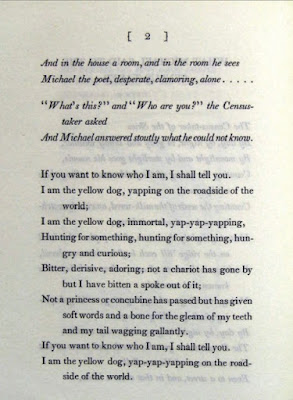 "yapping on the roadside of the world" 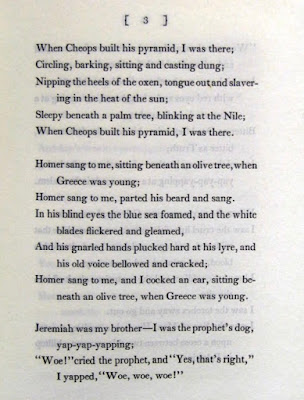 "Homer sang to me" 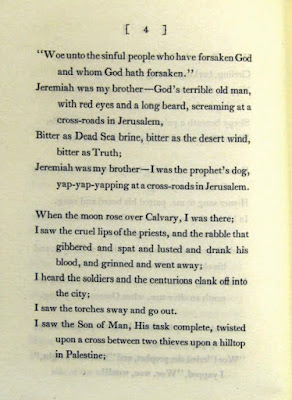 "I saw the torches sway and go out." 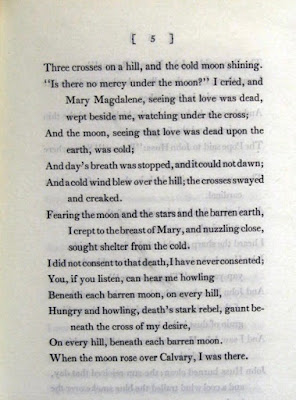 "When the moon rose over Calvary, I was there." 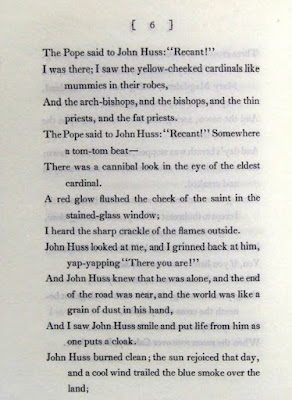 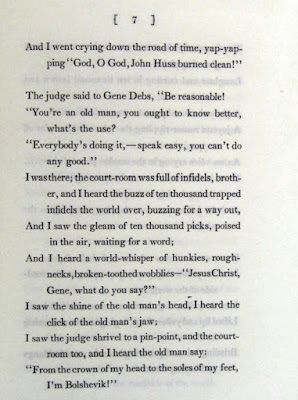 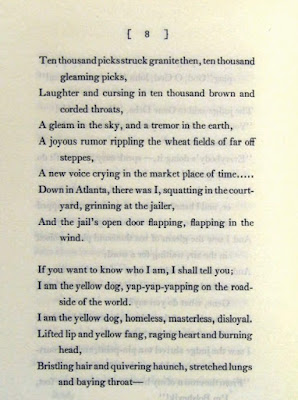 "And the jail's open door flapping,
flapping in the wind." 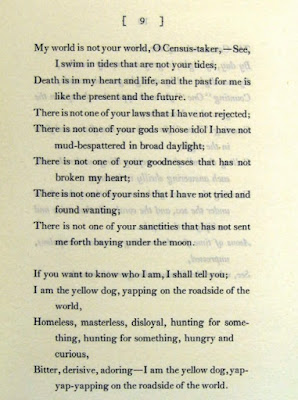 "If you want to know who I am, I shall tell you" 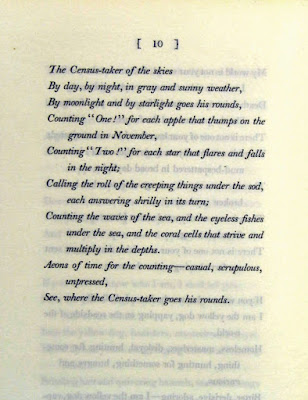 Double left-click on images to enlarge them.

*The poem is in the public domain.