One summer during the mid-1970s, I had a job working for a literary publicist who was a hard-driving woman. The imperious Alice started barking orders at 8:30 in the morning, flounced out to expense account lunches, and harassed us till quittin’ time. But she deserved her excellent reputation. Her clients included the top New York publishers.

The office, located at 515 Madison Avenue, was messy and drab with old furniture. It didn’t have to look nice because no one ever saw it except for the few employees. We spent a lot of time moving around cartons of books in order to clear work space that continued to elude us.

The agency’s tip of the hat to modernity, an enormous photo-copier, occupied center stage. It’s a dim memory now, but in those days office machines broke down often. There would be a paper jam of egregious proportions, and perhaps one employee had the magic touch, and if she failed, and we had pried open all of the wings and doors and pressed reset a thousand times, and perhaps inflicted a few whacks, it would be necessary to call a repair man who always took his own sweet time.

The books that Alice promoted tended to be how-to’s and tell-all’s; unfortunately, I can’t remember any except for Dorothy and Lillian Gish by Lillian Gish, the gorgeous actress whose first big film was D.W. Griffith’s Birth of a Nation, released in 1915. Its other title was The Clansman, but no one blamed Miss Gish for that. (However, she had been a member of the America First Committee before World War II; that ended when Hollywood blacklisted her.)

Lillian and her younger sister, Dorothy, started as child actors during the silent film era and became stars of early cinema. After Dorothy died at age 70 in 1968, Lillian decided to write a book about the two of them, more scrapbook than biography. Scribner’s published it in 1973. The book must have faded fast, because a few years later Alice was hired to get the lot sold. 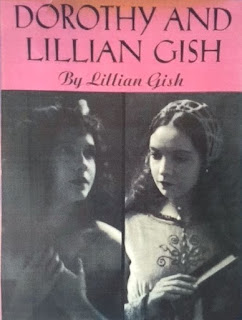 Her idea was to throw a big party for Miss Gish. She invited reporters who covered culture and fashion, all kinds of book people and famous New Yorkers, and somehow this did the trick. The former star – who would live to be 99 – sat on a loveseat all evening and charmed everyone. Really, she had remained so exquisite that you couldn’t stop looking at her.

All of this floated back earlier this month when public radio’s “Writer’s Almanac” noted that the American poet Louise Bogan was born on August 11, 1897.

The office was located about a block away from the old Doubleday Bookstore at Fifth Avenue and 53rd Street. It’s “old” because the space has been occupied by all kinds of stores since its demise about 25 years ago.

I found Bogan’s collection of poems, The Blue Estuaries, in Doubleday during that summer of 1975. The book had been published in 1968 yet still could be found in a bookstore seven years later. That’s how things used to be. 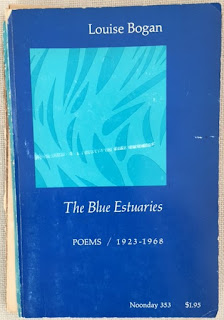 In order to reach the poetry section, you had to go upstairs. That meant climbing Doubleday’s spiral staircase. It was solidly built, but the ascent felt slightly disconcerting because the treads were wide and the steps were open.

But it was worth it for Bogan’s poems, some of which appealed to an emotional young woman, me.

That was my summer on 53rd Street.

*Louise Bogan never became as well-known as Lillian Gish. The poet won Guggenheim Fellowships in 1933 and 1937; edited fiction at The New Yorker; joined the likes of Du Bois and Faulkner in condemning Franco’s bombardment of Madrid in 1936, and became U.S. Poet Laureate in 1945. Lillian Gish rode a wave of mass culture and celebrity. Generally, critics acclaimed her work. She wielded unprecedented influence as a Hollywood actress. Playwright Tennessee Williams wrote the part of Blanche DuBois for her but she turned it down because her ailing mother required attention.