Sometimes when my sons were young, bursting with a story about something exciting, I would reply, “Really my dear, really!”

The reply never failed to annoy them. Right now, relatively late in the game, I would like to apologize because it is, indeed, very annoying.

It would have been better, perhaps, to know where “ra-a-a-ally” came from, but I could not recall. It was imprinted on my brain, something I’d read many years earlier, which stuck.

But just a few weeks ago, I discovered the source while scanning the shelves for a comfortable old shoe sort of book.

During the sixties and seventies, my parents owned a modest beach house on Gardiner’s Bay in East Hampton. At the time, East Hampton was relatively modest, too. There was no Elie Tahari, J. Crew and Ralph Lauren, but there was an A&P, a grocery store with a donut machine, two pharmacies, a nineteenth-century windmill, and a movie theater with a single screen.

Best of all was the bookstore run by the Ladies Village Improvement Society. Used books, of course. And a wonderful range—bestsellers, Book-of-the-Month Club, and lots of novels that were popular during the forties and after the war.

On rainy summer afternoons, the inhabitants of the cottages for rent along the New England coast or the lakes of the Midwest sometimes grow restless. Tired of Monopoly and finished with the stack of current fiction imported from  home, they fasten their attention on the well-worn books that, like the mismatched china and frayed rag rugs, furnish the house. Among the faded volumes on the shelves, certain titles turn up with the faithfulness of an old friend . . .

At the LVIS bookstore in East Hampton, one might stumble over the oeuvre of a single author. Such was the case for me and John P. Marquand (1893-1960), who first gained renown for his Mr. Moto series about a Japanese secret agent. Several of these books became films.

During the late 1930s, Marquand turned his attention to the East Coast, portraying patricians, men in particular, struggling with the social chasm opened by World War I. His first such novel, The Late George Apley, a memoir of a Boston Brahmin, won him the Pulitzer Prize in 1938.

Marquand proceeded through the 1940s and ’50s, producing well-plotted books about affluent men and women, some with pedigrees, who were navigating cultural pretensions old and new.

In So Little Time (1943), Jeffrey Wilson, a script doctor, and his wife Madge are driving to a weekend party at the home of Beckie—Madge’s oldest friend—and her husband, Fred.

Madge said that Fred and Beckie had such luck, and their old farm in Connecticut was just another example of it. It had simply been an old ramshackle tumbledown place occupied by an Italian family named Leveroni, although the house was one of the dearest old salt-boxes that Beckie had ever seen, whatever a salt-box might be, and it dated back easily to the Revolutionary War. Beckie was the one who saw its possibilities. 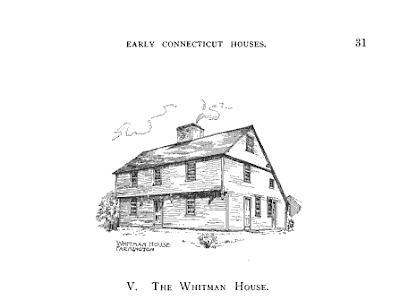 The critics wrote that Marquand was a superb satirist, delivering send-ups of bluebloods like Beckie and Fred who sashayed between New York and Boston, Park Avenue and the Berkshires.

I think the most interesting characteristic of Marquand’s protagonists is how they shift from present to past, and how their memories keep yanking them back to the small towns from whence they came.

Jeffrey Wilson, for example, realizes that one of the guests at Fred and Beckie’s party is an Edward Murrow-like journalist who covers the war from the frontline.

“Why, I didn’t know you knew Mr. Newcombe,” Beckie said.

Yes, Jeffrey does know Walter Newcombe. They both grew up in Bragg, Massachusetts, and got started working for a curmudgeonly editor at a Boston newspaper; Walter just a squirt in the telegraph room.

Throughout the weekend, Beckie can’t get over the coincidence, which makes her feel important. She hopes Jeffrey will draw Walter out.

During dinner, Walter’s irrepressible wife is seated beside Jeffrey. She says to him:

“It isn’t the soup,” Jeffrey said. “You ought not to kill a duck and do anything like that to it.” But Mrs. Newcombe was not interested.

So there you are.

At the end of So Little Time, after Jeffrey’s son enlists and announces his engagement to a young woman from a fine family, Jeffrey’s mind flees to the past.

For some reason he was thinking about Madge as she had looked when he had first seen her there by the tennis court at her father’s house, years and years ago when they had been so young. Something had happened to her dress, he remembered. She had wanted a pin for her dress. She had always wanted something from him. He had thought at one time that he had nothing left to give her, but now he knew that there was always something he could give, without desiring to, perhaps, but always something. He could always give her something, and she was the only one.

But Madge is superficial, I remember protesting to myself—too young to understand how memories carry us through.